James Herbert Dutton was the youngest child born in 1882, he was the second James born to John Dutton. The first James born in 1871 died within 6 months.  Herbert known as ‘Farmer Dutton’  played for Egremont Social A.F.C.  Margaret (Jame’s mother) in her will, arranged for her son James to receive “a sufficient part of the Milk round attached to my business so that his own present milk round may be increased by Forty Gallons a day.”  The family connection with horses started by James Herbert’s father who was a breeder of horses some of which were used by the Volunteer Fire Brigade. James married Hannah Bexon in 1901, the couple went on to have three boys, James Herbert born in 1903, William Richard born in 1905 and Frank born in 1907.

The farm known as Dutton’s Farm in Mill Lane, was situated between Love Lane and the maternity Hospital and stretched back to Central Park. It was also part of the enterprising development in the Dutton business. 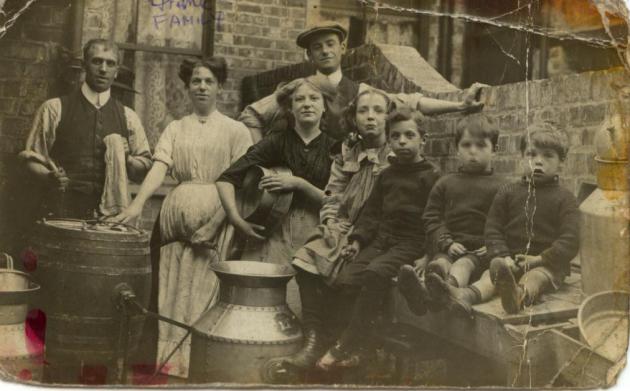 From the left James Herbert, his wife Hannah the three boys are James William & Frank

The above photograph was taken at 39 Ashburton Road in 1911 and shows the family in the yard of the property.   The younger couple with their daughter in the center of the photograph has not been identified.

The photograph below with the car parked outside is 39 Ashburton Road the two up two down terraced house is very close to Dutton’s farm, the water tower can be seen in the background. James had lived at 244 Liscard Road working in the family business until he branched out on his own. 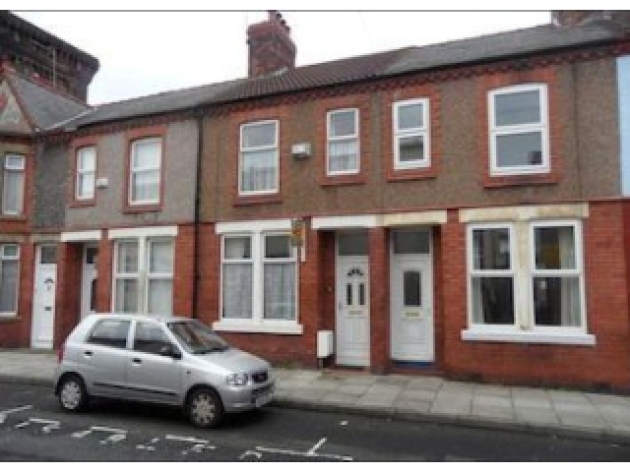 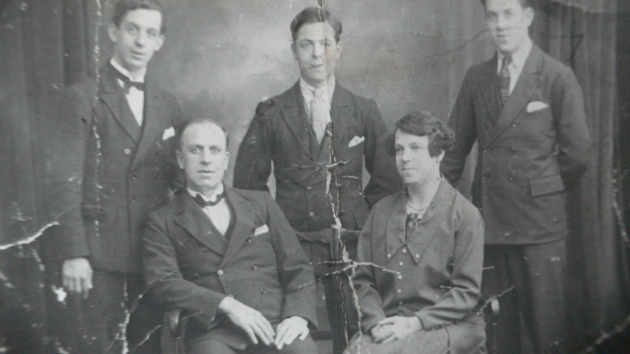 On the  photograph below the Water Tower in Mill Lane is just visible top right. Joe Dean worked on the farm, it was here that he met Emily and married her. 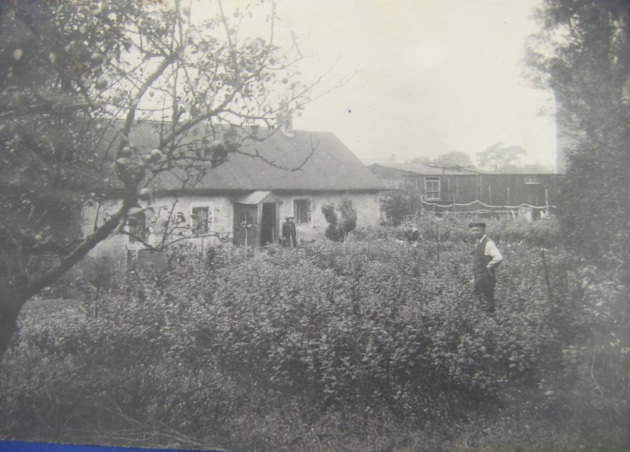