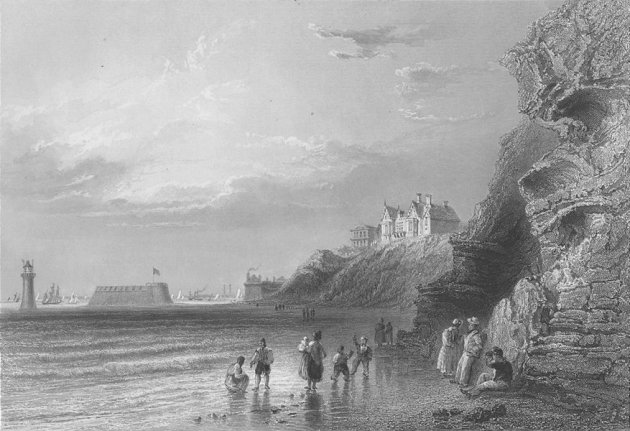 It is a curious place, this New Brighton, a lesser Blackpool, with its promenade pier and lofty tower. The fort which stands beside the lighthouse on a red rock is far more picturesque than effective; the Mersey defences are not impregnable, but a hostile fleet at the mercy of a few torpedo-boats would be in considerable difficulties if the buoys were removed from the intricate channels of Liverpool Bay.
As a watering-place New Brighton is hardly a success; Lancashire trippers do bathe here, but one must walk far to get knee-deep. There is, however, much healthy paddling going on, both young and old gloating in the cool, though somewhat Liverpool-stained water. Donkey- and horse-riding is a great source of amusement, especially to spectators, and then there is all the attraction of the pier.
There is a promenade, too, other than the pier; “Ham and Egg Terrace” is its name. Coy maidens lure the pleasure-seeker to enter their gaudy saloons, where oysters, shrimps, aerated waters, and other luxuries may be partaken of, but at one and all the stock dish, the bonne bouche is ham and eggs. Do not inquire where the eggs come from.
There are other entertainments on the Terrace; you can have your photograph taken and printed while you wait, with appropriate comments thrown in during the operation anent your sweetheart, varied of course according to the sex of the victim.
Then there are penny gaffs, menageries, peep-shows, performing dogs and boxing cats, ventriloquists, and all the other charms of the tripper’s seaside resort.’ 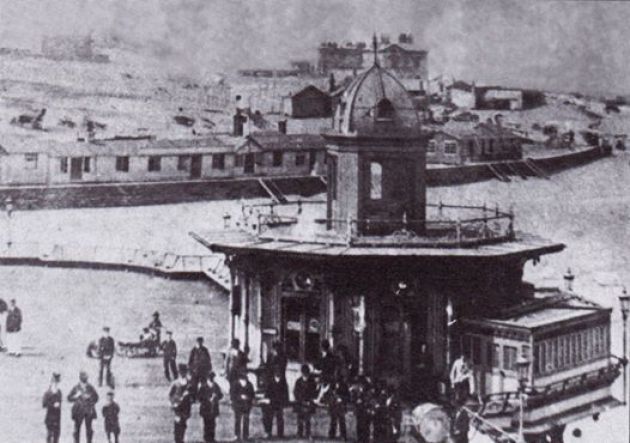 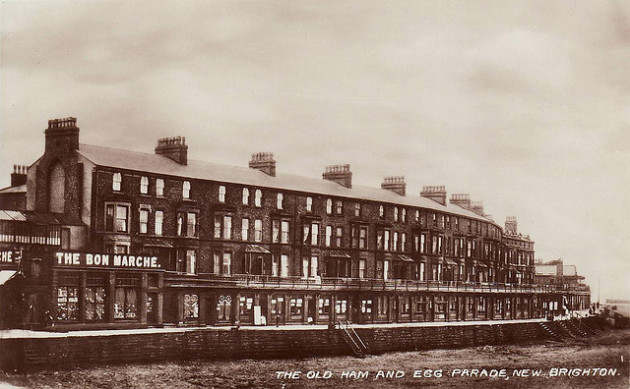 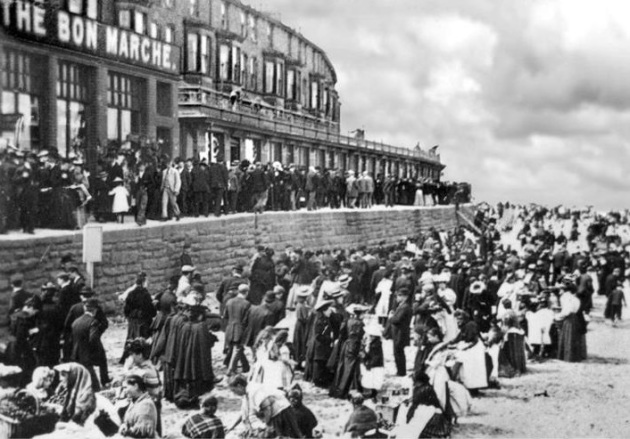 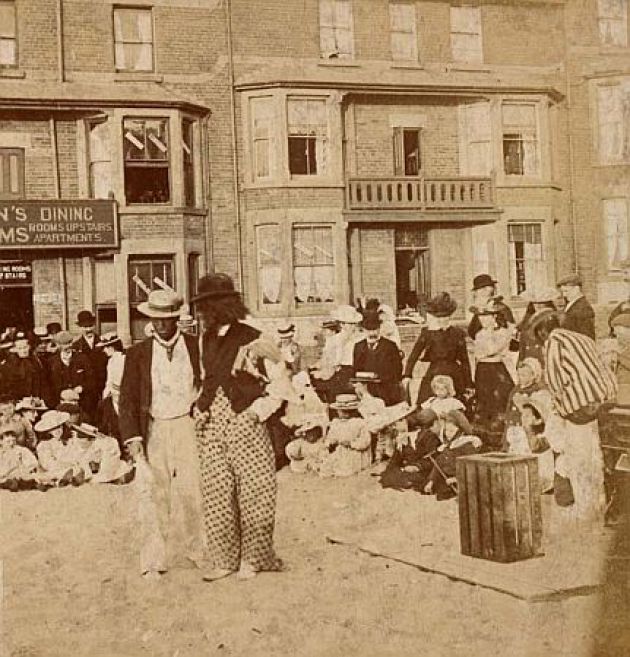 New Brighton's Ham and Egg Parade was 'famed' for serving Ham and Eggs to customers in its Tea Rooms. It had a skeleton and it wasn't in the cupboard. The 'Ham and Egg Parade was big, brash, and vulgar, with cheap lodging-houses and eating-houses. It was not only a thorn in the side of Victorian and Edwardian respectability but a total embarrassment to the council who in 1905 bought the property and pulled the lot down. It had been a hawkers' paradise, with shooting galleries and fortune tellers. There were wooden steps down to the soft white sands, the walkway outside was so narrow that quite often people fell off. The sands opposite disfigured by tawdry sideshows. Degeneration had set in. There were fights. Ladies of the night

and it was said, immoral "goings on." It was certainly rich with life and colour. It cost the Wallasey Urban District Council the princely sum of £41,500 to buy it and then knock it down. The town applauded its removal. A sore had gone, the area was demolished and replaced by Victoria Gardens

The seawall was extended and a new promenade was opened. On the 22nd June 1907 William Hesketh Lever MP later Lord Leverhulme unveiled a plaque to celebrate the opening of the promenade. 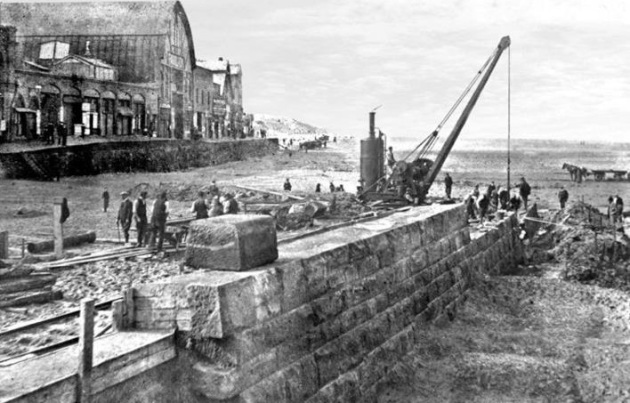 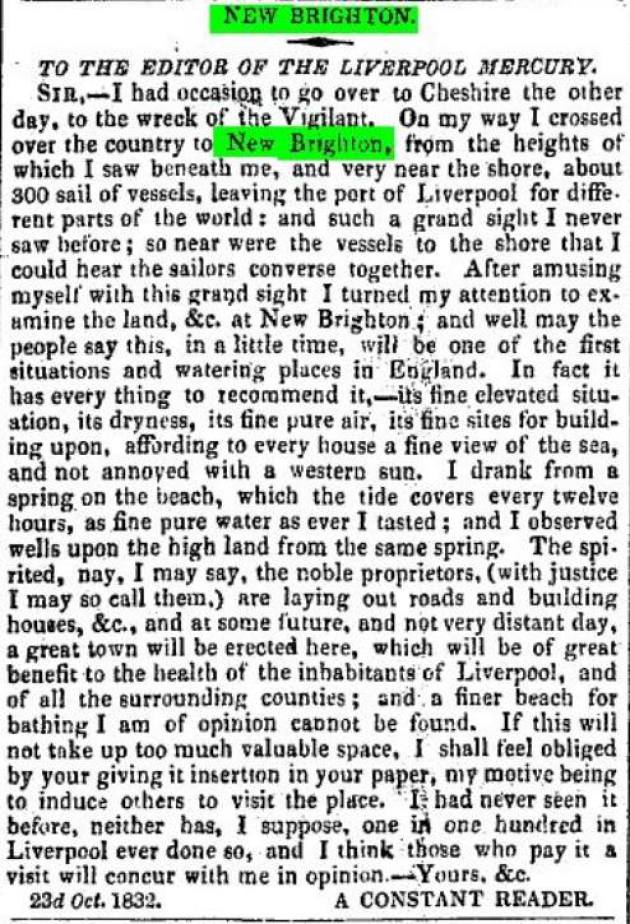