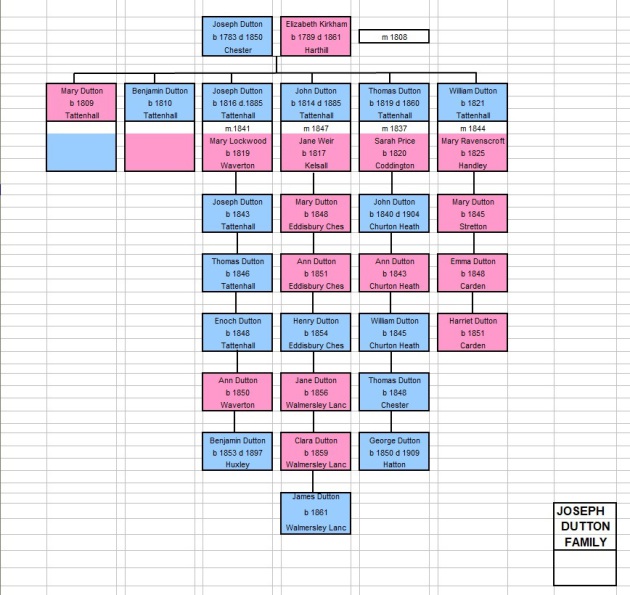 Thomas was the 5th of six children of Joseph Dutton born in 1783 in Chester, he married Elizabeth Kirkham in 1808. 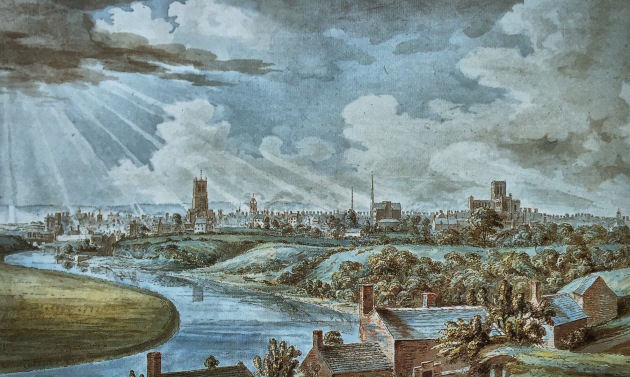 When Joseph was born in the 1780's Chester was in transition with the first mail coach run through Cheshire, between London and Holyhead.
Chester was still a major port of passenger embarkation for Ireland until the early 19th century until the Dee itself started to silt up.
In 1795  the Chester Canal was extended to Ellesmere Port. Communication and trade increased dramatically.

The painting above was created by Moses Griffiths (1747 to 1819) circa 1780, with a view looking from Boughton towards Chester.
If you look in the distance (left) following the River Dee, you can see The Old Dee Bridge, with the new Bridgegate, and the Castle.

Below Chester Castle painted by Turner in c1810. 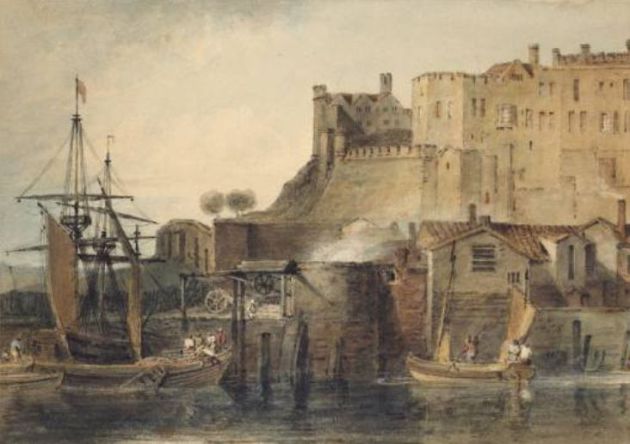