I was born on the 6th February 1947 during the hardest winter in living memory; with 20-foot-high snowdrifts in the countryside, many villages and towns were cut off.  My father was unable to visit the hospital as there was no transport running. In desperation he tried to walk to the hospital but the blizzard conditions forced him back.  He had to wait until the following day before a limited bus service was in operation.                       After six years of war,  rationing was still in  operation even though the war had ended in 1945. Meat, butter, lard, margarine, sugar, tea, cheese, soap, clothing, petrol, sweets- the list was endless. The weekly ration of meat from the butcher had been reduced to one shilling’s worth. Worse still,  potatoes were on the restricted list for the first time.  Power stations closed for lack of coal, millions were on short-time working, and we still had to pay off the huge debts amassed during the war. Britain had emerged from the war, bombed out, exhausted and now bankrupt. My parents must have thought  what will the future hold for their little bundle of joy?  The harsh winter was followed by a warm and pleasant summer which was a cause for the Box Brownie to appear. My delighted parents took many photographs of their son accompanied by our friends and relatives.

I was a quiet child; an observer, skinny, and pale, I was always daydreaming. Thankfully this was to change over the years as I gained in size and confidence. To make sure I would become a budding genius in later life, every child under the age of three received daily milk, orange juice and cod liver oil to help keep them healthy. This was all well and good but the Minister  for Health did not have to swallow a spoonful of cod liver oil every morning. My mother devised a plan; a sweetened version of Malt extract would follow which was shovelled down my throat to take the taste away. I don’t think the project worked too well judging by some of the comments on my school reports. “Must try harder”,  “He has an overdeveloped unawareness.” “This boy does not need a scripture teacher. He needs a missionary”.

My earliest memories of the house, the one in which my mother grew up, date back to the early fifties.   Over the years, air pollution had coated the original red bricks with grime, and harsh weather had raked out their mortar. 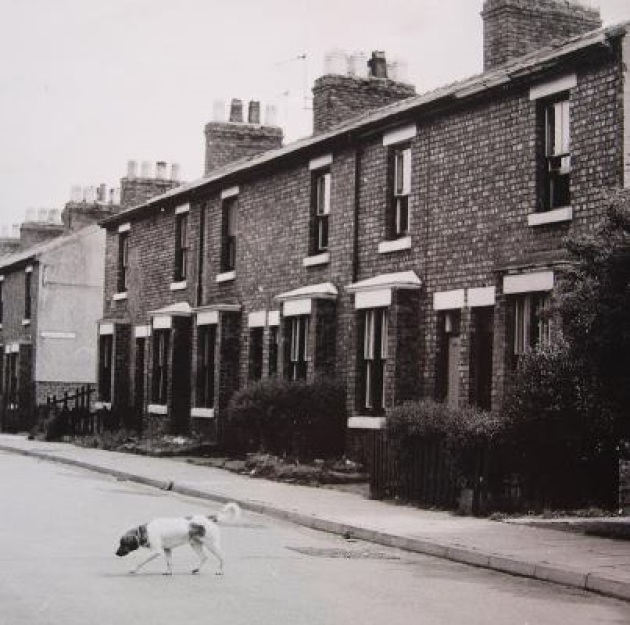