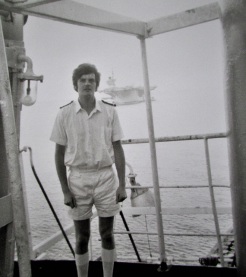 This photograph was taken on the  16th December 1968 when we arrived at Montego bay. The largest Aircraft carrier in the World the John F Kennedy was at anchor.  We dully anchored and awaited the arrival of our barges; it was our intention to load the barges with cargo including motor cars.  The Boson and a squad of AB’s had spent a long time rigging up the derricks, with robes and getting everything ready for their arrival. When our friends opposite decided to start a ferry service for “Liberty Visits” or short visits to Montego Bay, their timing was spot on. As soon as the cargo was about to be put on the barrages the swell from the high power motor launches used to ferry these guys ashore almost sunk the barges. The first Mate stopped operations and ran up to the bridge, and informed the Captain, numerous attempts were made to contact the carrier by radio, and Addis lamp and even a trip across by our Agent, but all to no effect. So we had to arrange to unload the cargo on the opposite side of the ship away from the wake, this took an extra couple of hours work to the annoyance of the Captain and crew. I did manage during the time to get the third engineer to take a photograph of me with the beast in the background. I was to find out later that the carrier had sailed from Guantanamo Bay in Cuba. With daily general quarters in operation together with both day and night flight maneuvers, it was now time for relaxation. It was during the cold war and America was on high alert. The carrier had a complement 4,950 men, so those launches were very busy. 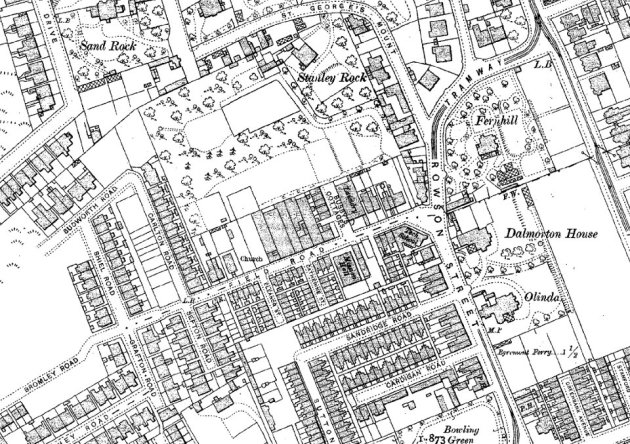