A meeting took place of the ratepayers of Wallasey to consider authorising the local Board to apply to parliament for power to raise funds to erect a new pier at New Brighton, slip, and landing-stages at Egremont Ferry; the improvement of Secombe Ferry; and the building of two new ferry steamers. With many complaints concerning the condition of the landing stage at New Brighton and the cost of repairing the same, something had to be done.
In 1864 a parliamentary committee considered the proposal, concerning the New Brighton Pier Company they would be given the opportunity to build an adequate landing-pier for a sum less than it would cost the board to build one themselves.
In April 1864 the New Brighton Pier Company abandoned their intention to erect a pier in conjunction with the board.
May 14 1864 a bill came before the House of Lords " The New Brighton Pier Bill" the company could lease or allow the purchase by the Local Board of the proposed pier and works.
The Finance Committee reported on the 3 Feb 1865 that the loans they had been authorised to borrow for the erection of New Brighton Pier and the two new steamers had been completed.
November 3rd 1865 tenders advertised for the completion of the New Brighton pier and landing stage.

A report in the Liverpool Mercury of 24th May 1866 stated that the pier and landing stage had been completed. It was 550 feet long and 70 feet wide. 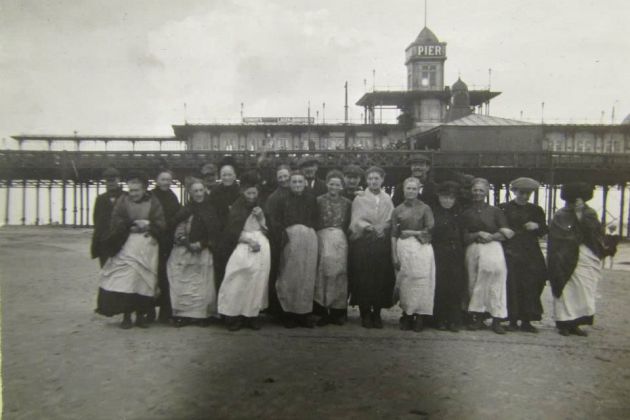 Ragpickers having a day out at New Brighton. Ragpickers, also known as "dustbin divers" were women who eked out a living by collecting old rags from refuse. The League of Welldoers provided meals, entertainment, and outings for them. 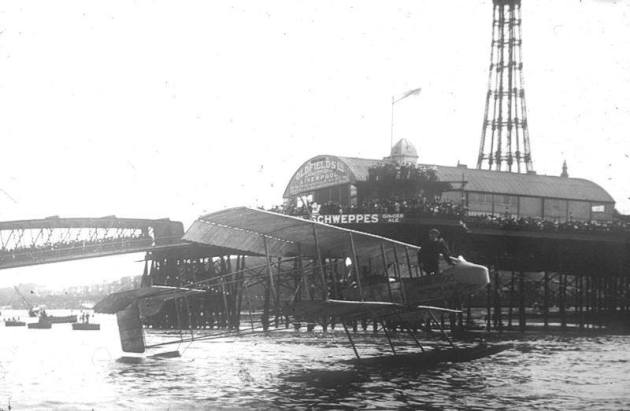 Frank Hucks "water plane" arrived at New Brighton on Friday 23rd August 1912.
A tent was erected at the end of the pier for visitors to view the spectacle at 6d a time. With joy rides available for £2 a flight.