Sidney Hammond was my mothers half brother. More information can be found in my book Sixteen Decades in Wallasey. 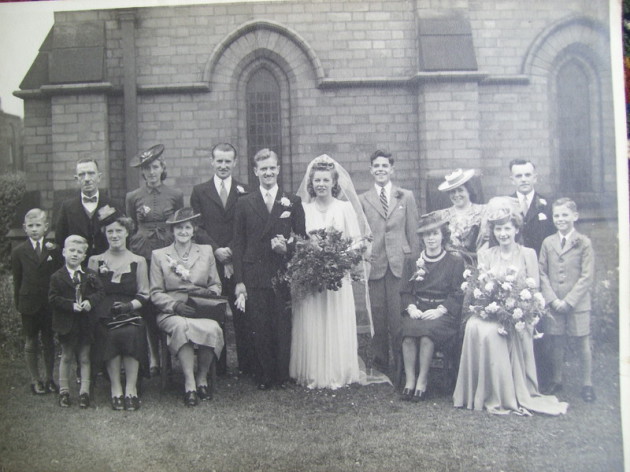 The wedding of Marjorie Hammond to James Newton 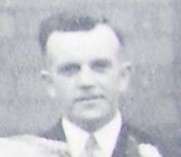 The photograph shows the marriage of Sidney's daughter Marjorie Hammond to James Newton in the summer of 1944. Sidney is shown on the photograph back row with Derek his son stood in front. Marjorie and Joyce were very close, with Joyce borrowing her wedding dress, for her marriage a year later.

In the 1901 Census, Emily is working as a Servant for Frederic H. Holford of Marlborough Road, Liscard. 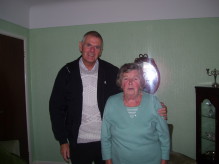 The photograph shows me (Roy Dutton) on a visit to Aunty Majorie in 2008. She helped me to fill in some of the blanks in my book.

Majorie had been a good friend of Joyce and in fact, was born in the front room of my original home at 33 Field Road, I spent the first 21 years of my life in that house. 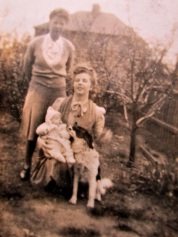 Sitting down with yours truly is Marjorie.

On the 12th March 1941 in trying to bomb the docks the Luftwaffe missed their target and bombed large parts of Wallasey including Sid’s house. The attack on the Borough covered three nights, the heaviest part of the attack started at Wallasey Village and stretched down to the docks; decoy fires had been lit on the Golf Links at Bidston Moss, to try and confuse the enemy, but this only resulted in bombs being dropped on populated areas . A Rescue Party, working in Lancaster Avenue heard the faint cry of a child, frantically they worked to unearth the child and this was some three days after the raid. The baby had been protected by the bodies of its parents both killed in the blitz. The baby was taken to Victoria Central Hospital and recovered from its ordeal. They were forced out of their home and went to live in a temporary asbestos bungalow on Arrowe  Avenue in Moreton, if the Germans didn’t get you with bombs then Asbestoses would finish you off.  Ronald and Derrick got evacuated, they went to live on a farm in Wales were they had a torrid time not allowed to attend school but had to work long hours on the farm. Sidney in his 40’s received his call up papers. Originally only 1841-year-olds were called up but as things got more desperate by 1942 this was increased to 51. During the war Marjorie joined the Land Army driving a horse and cart around the farm, getting in the harvest, which was a massive physical effort. She was knocked unconscious while helping a cow to deliver its calf.  She swears now, in old age that most of her aches and pains were caused by these exertions. Marjorie went on to marry James Newton in 1944 and have two children David and Gillian. A little later Joyce got married at the tender age of 19, using the same wedding dress. Jimmy was the best man and Betty Rice from next door the brides made. Derek can remember it well “It was during the rationing and food was scarce. At the wedding reception, the main meal was a large mixed salad with spam.” The Hammond side of the family was sworn into secrecy  concerning my mother's offspring,