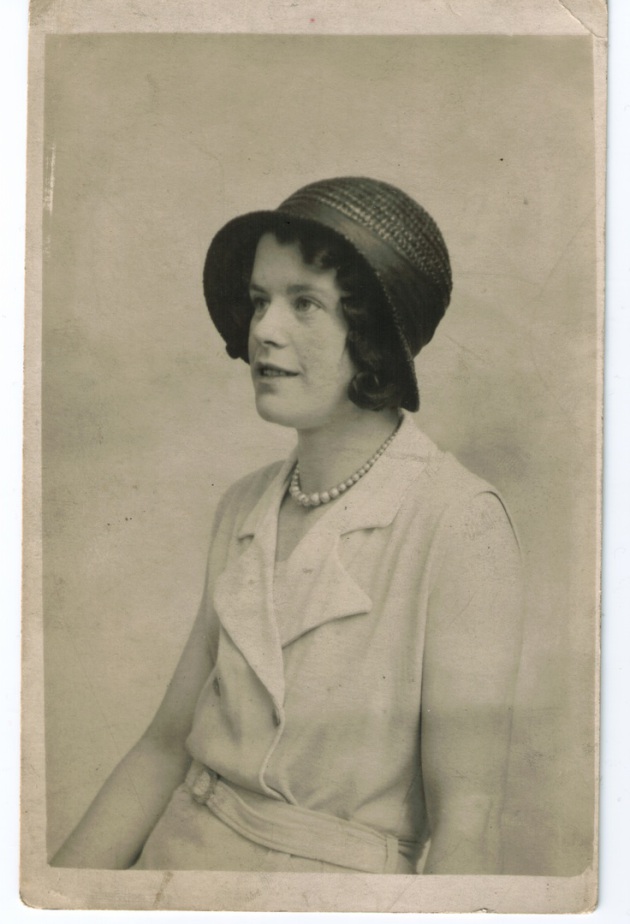 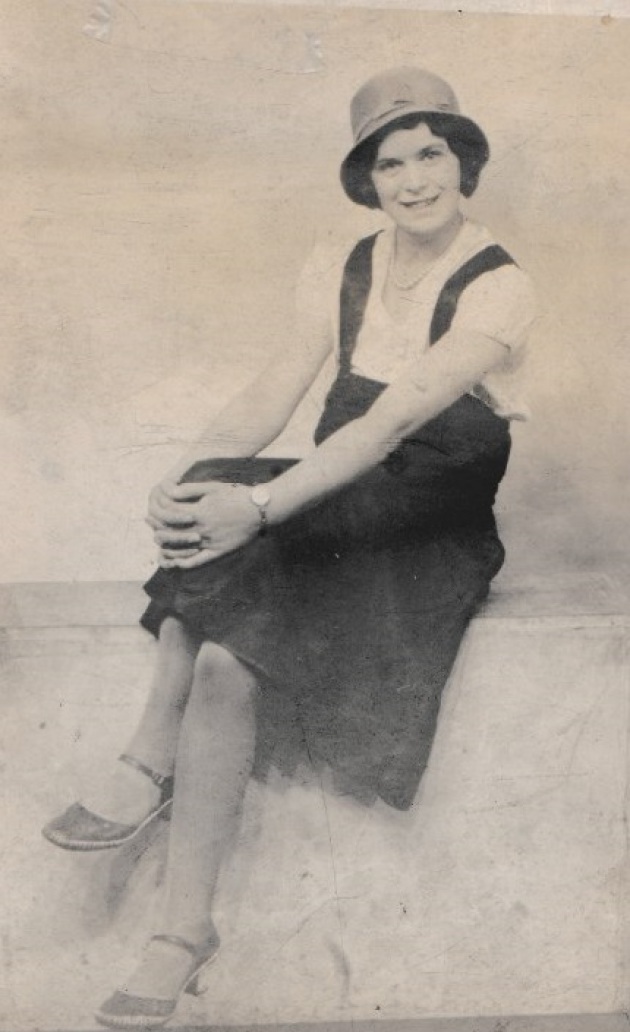 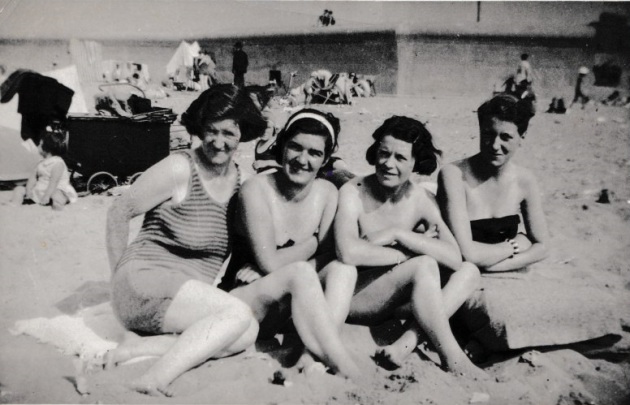 The above photograph was take on the shore at New Brighton. L to R. Mrs Bennet, Vera, Dorothy and Jan. 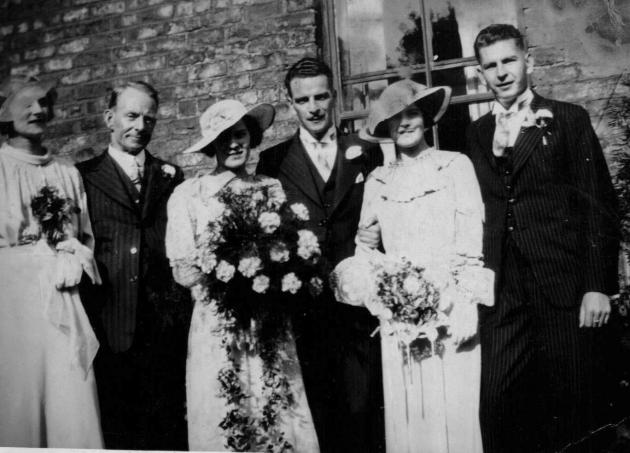 L to R  The first couple is unknown. The next couple is Theresa Lilliott who married Robert C.Yoxall in the Summer of 1936. The next couple my parents Dorthy G. Dutton & Alfred R.Dutton. The married couple went on to live next door to my Aunty Edie in Manor Road. Theresa was my mums best friend.

Living with them was Sidney George Hammond Nephew, age 9 born in 1902 in Liscard. Sidney was the son of Emily. who died in childbirth.

On the death certificate, it records; Emily Mary Ann Hammond. Died on the 2nd April 1902, at 3 Apsley Avenue, Liscard.

Times were very hard, and to make ends meet Julia took in washing, she also cleaned the Sandridge pub,  which in the days of spittoons and sawdust floors was no easy task.  Whenever possible they took in lodgers from Liverpool. Sidney would take the pram down to the pier in New Brighton to collect their luggage, then the big push up the hill to home. Then it was over the road to Kenna’s the Funeral Directors, the stables were opposite our house in Field Road. In those days the hearse was drawn by black horses with black feather plumes; the cortege consisted of horse-drawn carriages, the men with long coats, and black top hats and each with a black crepe sash across their chest.  The women all in black from head to toe and black veils covering their faces. It was Sidney's job to brush and comb the horses to make them immaculate for their next melancholy task.

With so much pressure on him as a young boy, to try and support the family it was no wonder that he developed a serious stutter. It was within this poor spinster family, that my mother grew up, most things were pawned and money was borrowed from day to day to try and make ends meet.

My mothers first love was a young man of the same age, whom she met when she was 16 years old.  We can never be certain of his name but from certain clues, to be revealed later, we think his name was Joseph Brammall. The scandal in those days of having two children out of wedlock was truly horrendous.

The first birth at home was Joyce, born on the 29th October 1927.  Then my mother gave birth to Grace (Eve) on the 24th March 1929.  At the time the family where destitute and unable to afford a midwife, so Eve was born in the infirmary at Tranmere.

It was in February 1913 when the Tranmere Workhouse was separated from the infirmary.  When the authorities discovered the plight of my mother pressure was applied to have Eve adopted, in fact according to Sid’s account of events he had difficulty in getting my mother released from the hospital. Eve’s birth certificate records her birthplace as 56 Church Road, Tranmere, the location of the Birkenhead Workhouse.
Unmarried pregnant women were often disowned by their families or their families where just too poor to support them and the workhouse was the only place they could go during and after the birth of their child.  From 1904, for those born in the workhouse infirmary just gave its address as 56 Church Road, Tranmere, to help protect an inmate from a disadvantage in their later life.

The workhouse later became Birkenhead Municipal Hospital then, in recent times, was known as St Catherine’s Community Hospital. The main building was demolished in 2010. The National Health Service Act came into force on 5th July 1948. Institutions now came under the control of  Regional Hospital Boards but many still carried the stigma from their workhouse days. It was Sidney who managed to persuade them to allow her out. Various documents were signed and  certain undertakings had to be given, including that the children would be put up for adoption. Because the family where in no position to feed and support both girls, so adoption was the only option. My mother resolutely refused to force her lover to take any real responsibility for the children. True love is an amazing thing, with all logic going out of the window. For a time they lived together as man and wife, without the permission of his parents. By all accounts he had a job of responsibility, and when the family found out that they  wanted to marry, they were completely against it. The fact that the occupants of Field Road consisted  of spinsters whom they considered as undesirable future in-laws, continuous pressure was applied for him to finish the relationship. This was not the place for their upwardly mobile son, eventually they had their way, but only after he had fathered two baby girls. If you where under the age of 21 you had to have your parents permission to marry. I think my mother always thought that they could get together again and marry and live happily ever after.  For a while after the birth of Eve they continued to see each other.  But eventually his parents had their way, and the relationship ended. From all accounts they where madly in love. Eve was put up for adoption on the 1st April 1931. This broke my mothers heart and all the arrangements had to be organised by Julia. The events had played on Julia’s mind she was my mothers legal guardian. It was Julia shouting out in her sleep that Joyce became aware of having a little sister. The adoption weighted heavily on all the family, with Julia having nightmares, and the haunting belief that she was to blame. Sidney had been the main breadwinner in the family he got married on valentines day in 1925 and for a while longer remained at Field Road. They went on to have three children Margery, Derek, and Ronald and were able to leave Field Road for a council house in Goredale Road, in fact, Majority was born in the front room at Field Road. The property must have been crowed, with even the front room used as a bedroom.

It is very easy to be judgemental. But the whole context of these events has to be placed within that time frame, nowadays with social security and a more liberal attitude to promiscuity, no one would bat an eyelid.

My mother was a live wire and loved to dance, the Tower ballroom was a magnet for her. Her best friend was Vera, who by all accounts was a little on the wide side. Vera was married but was trying to get a divorce,  her husband a Catholic refused point blank, and would not even allow her to visit her daughter.

Uncle George, would visit Field Road regularly and help the family when he could, he seemed to be the only one with any money. Some years later he asked my mother if she would be his housekeeper, and help him in his old age. It was eventually agreed that my mother would work part-time, and he promised he would leave the house in Magazine Lane to her. I remember as a child going with my mother to clean the house and do the washing and some shopping this went on for years. Eventually the inevitable happened and Uncle George passed away. “You’re a bloody fool, Dot you’ve been taken for a ride” was the words shouted angrily by my father.

“I told you it was a waste of time, did he ever show you his will?”  for weeks on end the arguing went on. “He had a daughter she’ll get the house, not you. How could you be so stupid? My poor mother had been taken in, the daughter got the house and all we ended up with was a bag of washing.  Uncle George did help finance the purchase of a grave in Rake Lane Cemetery. George William Hammond and Lucy Elizabeth Hammond have a right of burial in section 13 plot No 222. The document was dated 1st October 1903.The plot had been purchased for the burial of Lucy’s mother Emily Mary Ann Hammond who was  interned on the 16th Sept. 1903. The document records George and Lucy living at 24 Merton Road. 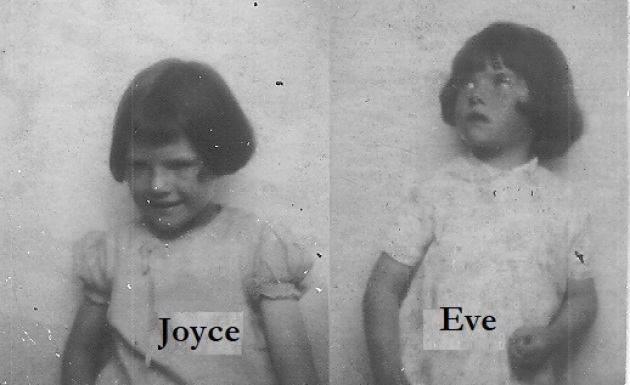 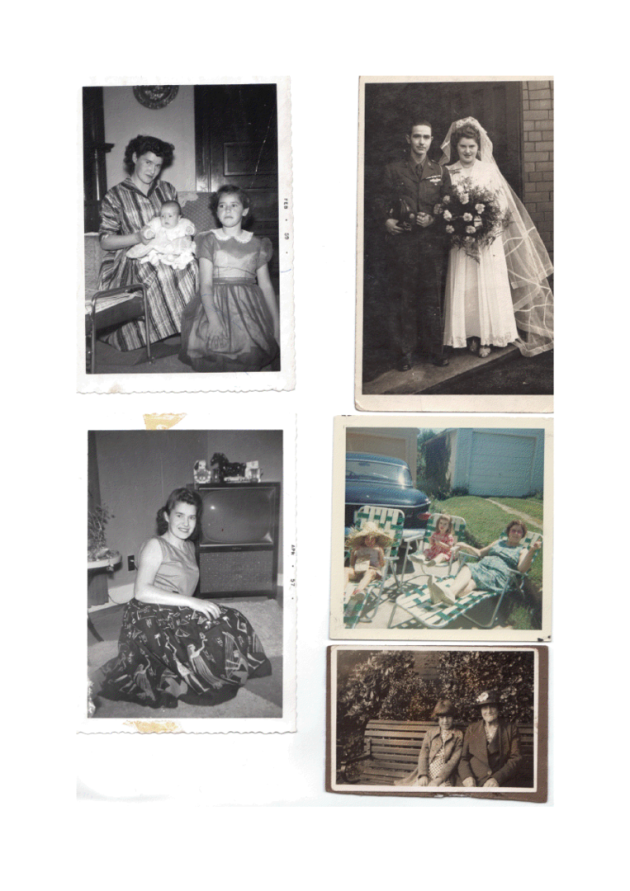 The above photographs are of Joyce Menefee (Nee Hammond) Bottom right Joyce with her grandmother. 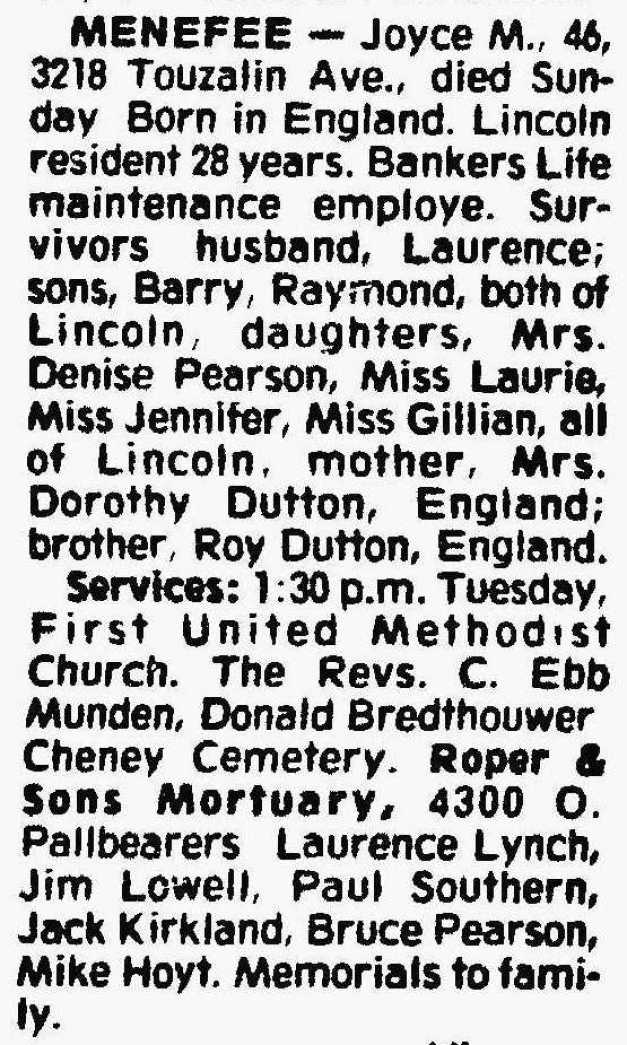